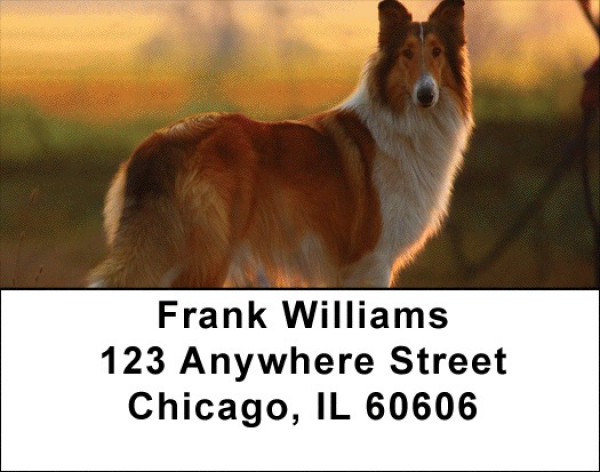 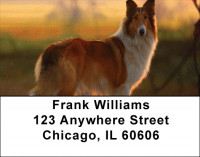 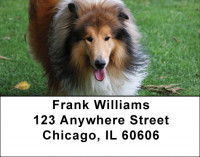 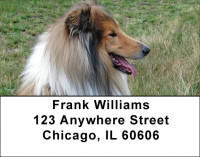 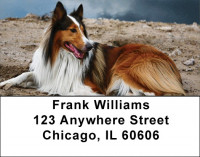 Collies Out and About Address Labels feature Collie dogs in the fashion of Lassie, the well known collie made popular by the television series. Lassie was a Rough Collie and the original series was televised from 1954 until 1973. This was one of the longest running series on TV. The show went from black and white to color during the 1965 season. Several other movies and TV series has been spurred on by Lassie and helped to cement the popularity of the collie breeds.

Delivery time frame does not include processing time